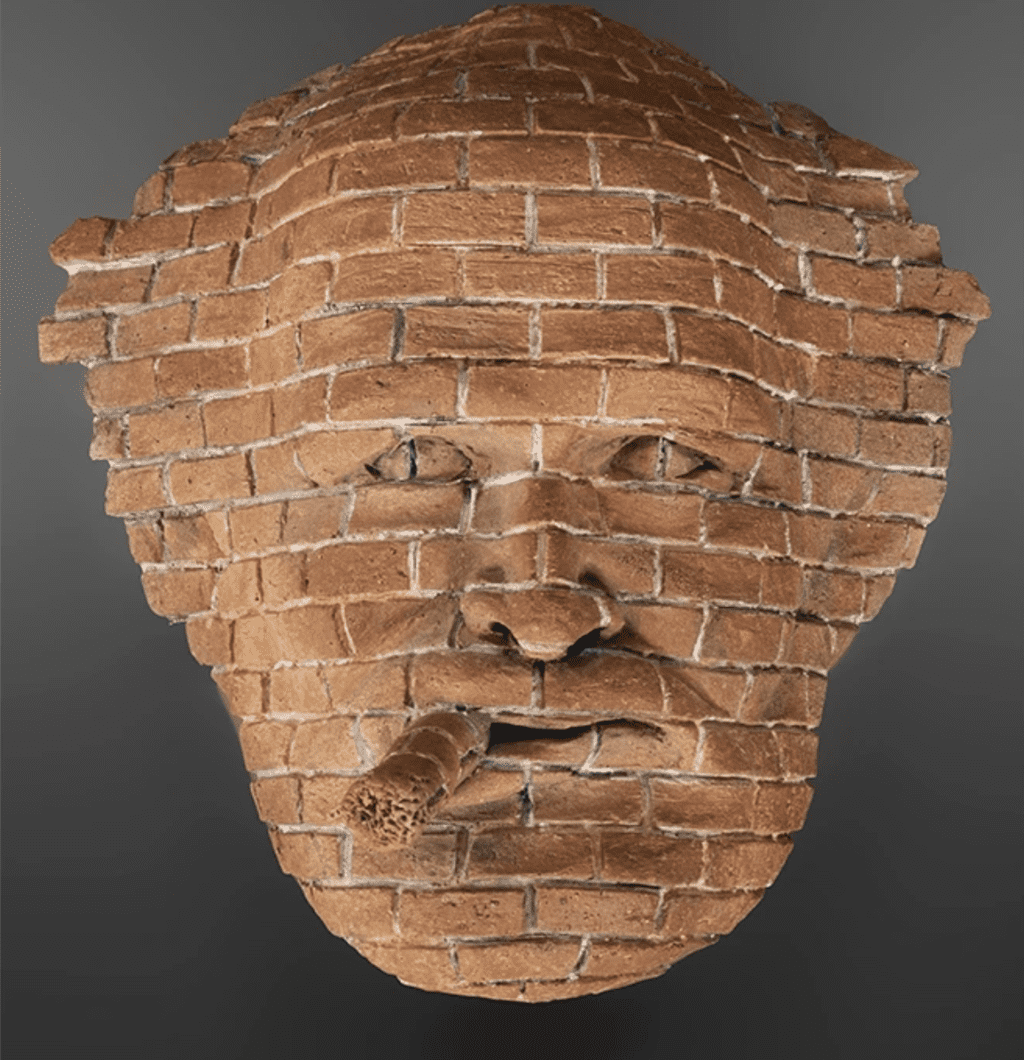 Ceramic artists were not taken seriously in the art world until maybe the 1960’s. Despite clay being one of the oldest art mediums, it seems to have been mostly overlooked by fine artists for hundreds of years while they focused mostly on paint and other sculptural mediums.

That is, until Peter Voulkos busted onto the scene, inspired by the Abstract Expressionists of 1950’s New York, and started beating the crap out of his ceramics. Slashes, holes, deliberate imperfections – ceramics were being rethought and revolutionized.

Here are 9 ceramic artists who followed in Voulkos’ footsteps and pushed ceramics even further, establishing it as a well-respected medium and moving it out of its art material purgatory.

Peter Voulkos could be considered the ‘father’ of the new ceramic art movement, starting in the 1950’s. He was greatly influenced by the Abstract Expressionists of the time and brought their ideas into his ceramic work.

He manipulated and abused his pieces with slashes, holes, and cuts, experimenting dramatically with traditional pottery forms.

All photos via: Ohr-O’Keefe Museum of Art

Even before Voulkos there was George Ohr. Ohr was active at the turn of the 20th century, and his nickname, The “Mad Potter of Biloxi” gives a clue as to how people viewed his artwork then. In fact, his art ceramics were rejected until rediscovered in a garage 50 years later.

Pottery then was even, simple, utilitarian, straightforward. Ohr’s art pottery was wild, both in form and glaze, with wavy, crumpled, undulating shapes and shockingly painterly glazes.

If you aren’t familiar with George Ohr, read more about this fascinating ceramic artist here. He greatly influenced other ceramic artists like Peter Voulkos in the 1950’s.

Viola Frey is well-known for her larger-than-life figural ceramic sculptures – men and women dressed in suits and bright, floral clothing who look kind of like 3d illustrations towering over us.

She became well-known starting in the 1960’s, and played a huge part in revolutionizing ceramics and the way the world viewed the medium.

Robert Arneson was on faculty at UC Davis for 3 decades, and was a major force in establishing ceramics as an art form worthy of the art world’s respect. He was active at the same time as Viola Frey, and helped establish the Funk Art movement.

Arneson was the ‘bad boy’ of ceramics, pushing not only the material, but also a narrative not previously seen in ceramic art. He used clay in an aggressively humorous manner, and I’m fully convinced his pieces speak freely and loudly when nobody is around.

Betty Woodman began her career making functional pottery, and later moved into sculptural forms, still based on pottery forms, but imbued with lively colors and patterns. Shown above are two of her “pillow pitchers”, one of her trademark forms.

Ron Nagle apprenticed with Peter Voulkos in the early 1960’s and his small sculptures were very much a departure from what other ceramicists were doing at the time. He’s continued his work with clay for 60 years.

Watch him talk about his time working with Peter Voulkos, and his thoughts on beinh part of the ‘ceramic revolution’.

John Mason very much adopted the experimental approach to ceramics in the mid-50’s, and he especially pushed ceramics into the realm of fine art with his large scale sculptures.

He studied under Peter Voulkos and they shared a studio for a time. He continued his ceramic sculpture work throughout his career, and kept up his persona as the trailblazing, experimental artist.

Ken Price was a contemporary of Voulkos and John Mason, and he too made small clay sculptures that broke away from the traditional ceramics of the time. Many of his pieces were finished with paints rather than glazes, and worked solely in clay through his long career.

Picasso probably had as much of an influence on ceramics as he did painting. He revisited clay in his 60’s, creating thousands of ceramic pieces in a loose, playful style – like a 3d sketchbook.

His approach to ceramics no doubt influenced other ceramic artists to think beyond the shapes and finishes of traditional pottery, and opened up clay as a material to be pushed:

“My father never considered himself a potter,” said Claude Picasso. “But approached the medium of clay as he would any other in order to find out what the materials and techniques of the potter’s studio could offer him and what he could discover by probing their inherent qualities or possibilities.”

The Park West Museum in Michigan houses one of the largest collections of Picasso ceramics. 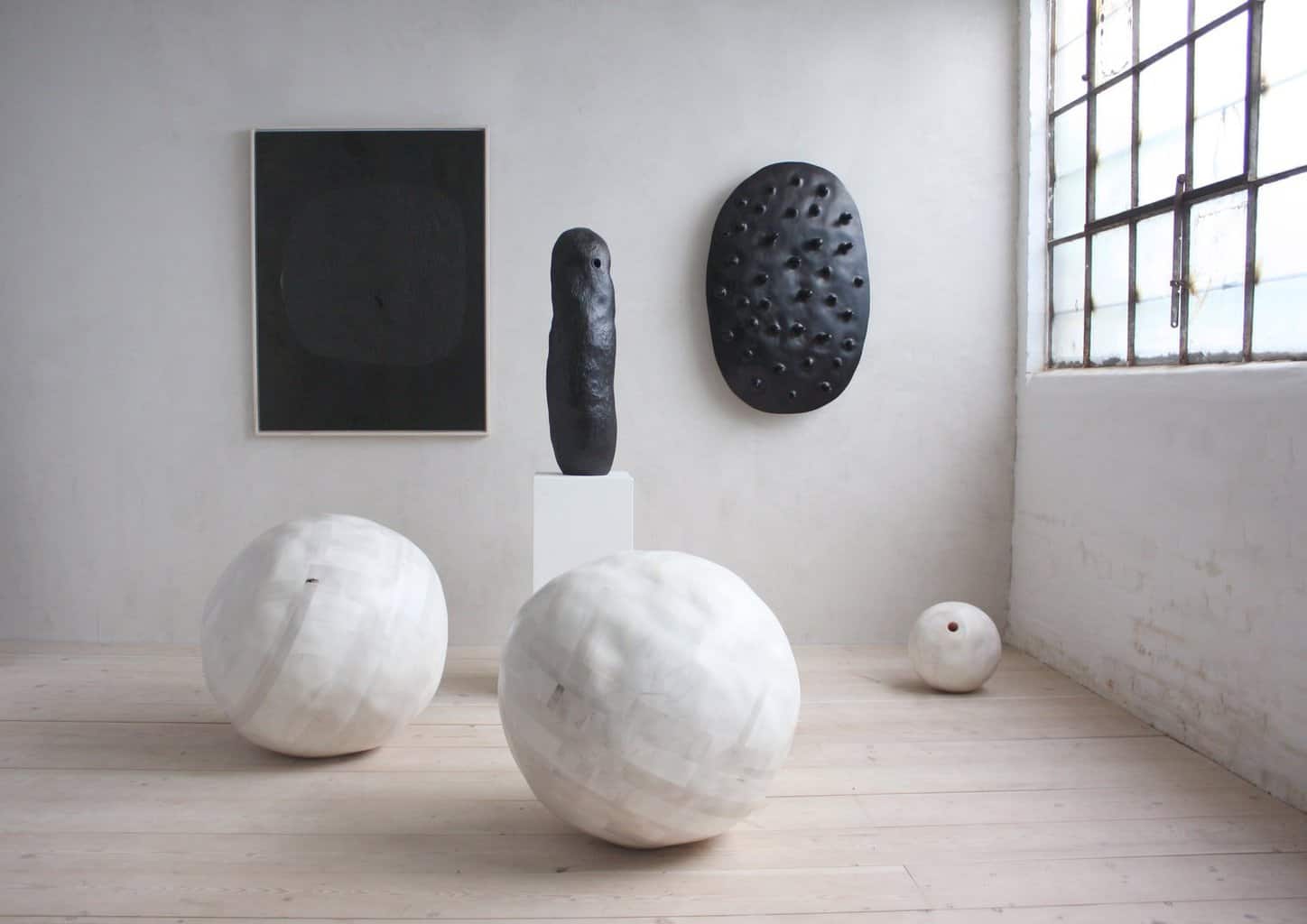 Affiliate links may be used within. Disclosure Policy The whole so-dark-brown-wood-it’s-almost-black and stark white with a little bit of natural wood mixed in esthetic gets me every time. From artwork to interior design, I’m drawn to this look without fail, and when I picture a dream home it’s all this with little shots of color…

Affiliate links may be used within. Disclosure Policy On occasion, I stumble across a designer or artist or design group, and I see prettiness, but I’m not sure exactly what is going on. It’s not completely apparent to me whether or not I’m looking at physical artwork, concept designs, digital something-somethings, or a total hallucination… 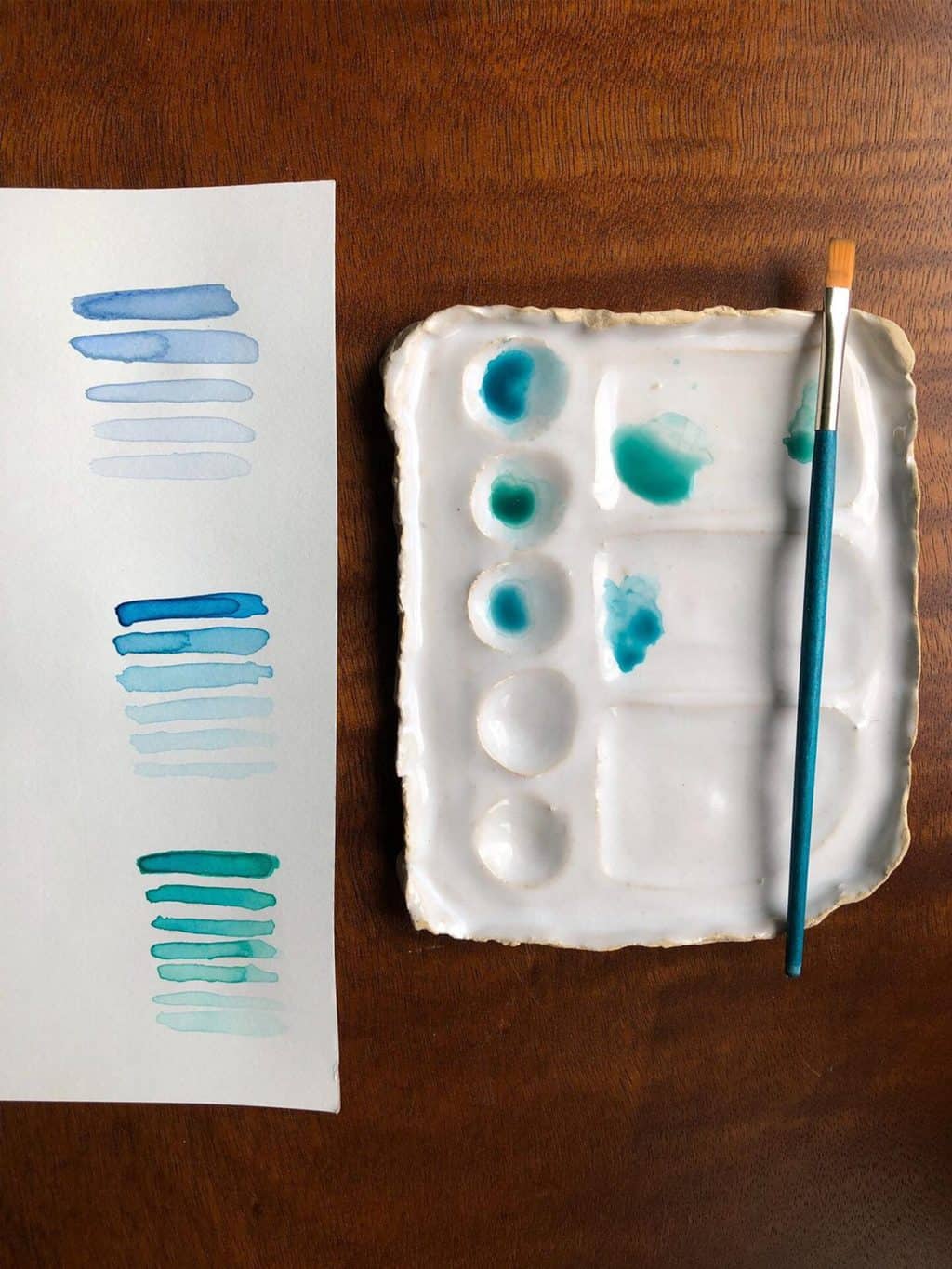 Affiliate links may be used within. Disclosure Policy I found something that you all will like and want, even if you don’t paint. It’s these! Ceramic paint palettes handmade by Krissy Stephens (Lady Made Pottery) from Louisville. These seem like the most wonderful purchase if you are looking to go beyond a traditional ugly little palette (or… 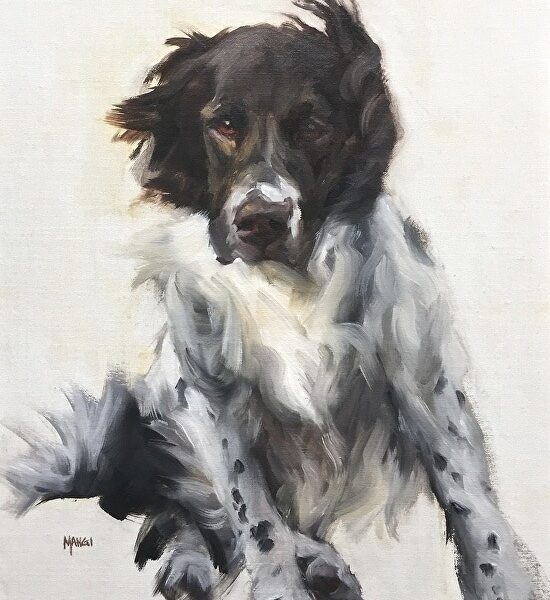 Affiliate links may be used within. Disclosure Policy I am a dog person. Any time a canine is strutting down the street, you can bet my head is gonna swivel that way, and I will immediately and completely ignore anyone I am with. Unless they happen to be someone who I know will appreciate the… 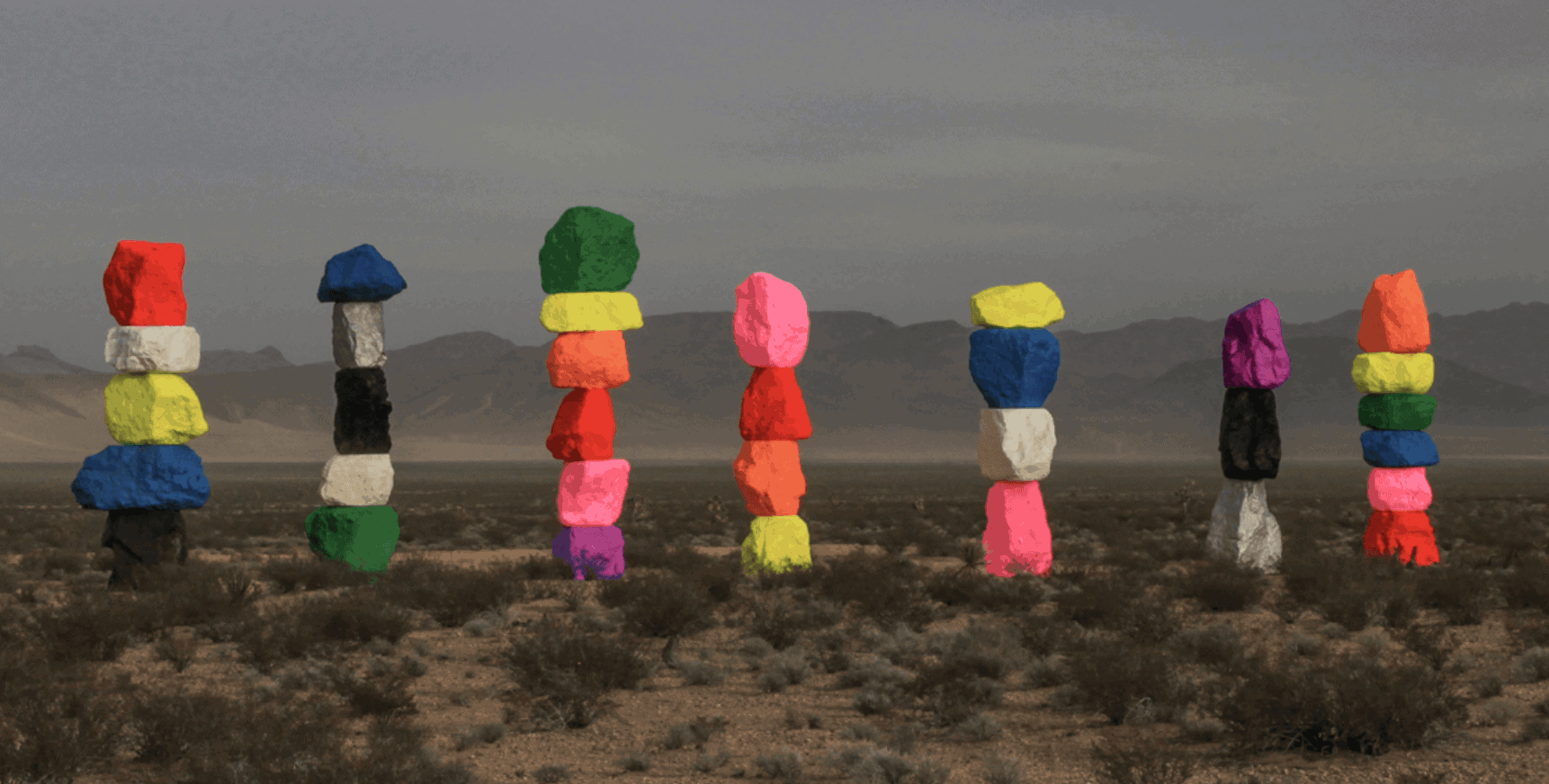 Affiliate links may be used within. Disclosure Policy Environmental art is nothing new, as artists have been inspired by nature since the very beginnings of art-making, using nature as both an inspiration and tool for creating. But, with the growing installation art movement, environmental art has taken on a whole new meaning: the use of nature…

Affiliate links may be used within. Disclosure Policy Aaaah, there’s nothing I love so much as calm, simple, soothing, minimal art. Today I am featuring the art of Mingjung Kim, Korean ink and paper artist. Take in the subtle layers, shadows, folds of paper. It’s fun to write about her right after Brian Finke; it’s…

This site uses Akismet to reduce spam. Learn how your comment data is processed. 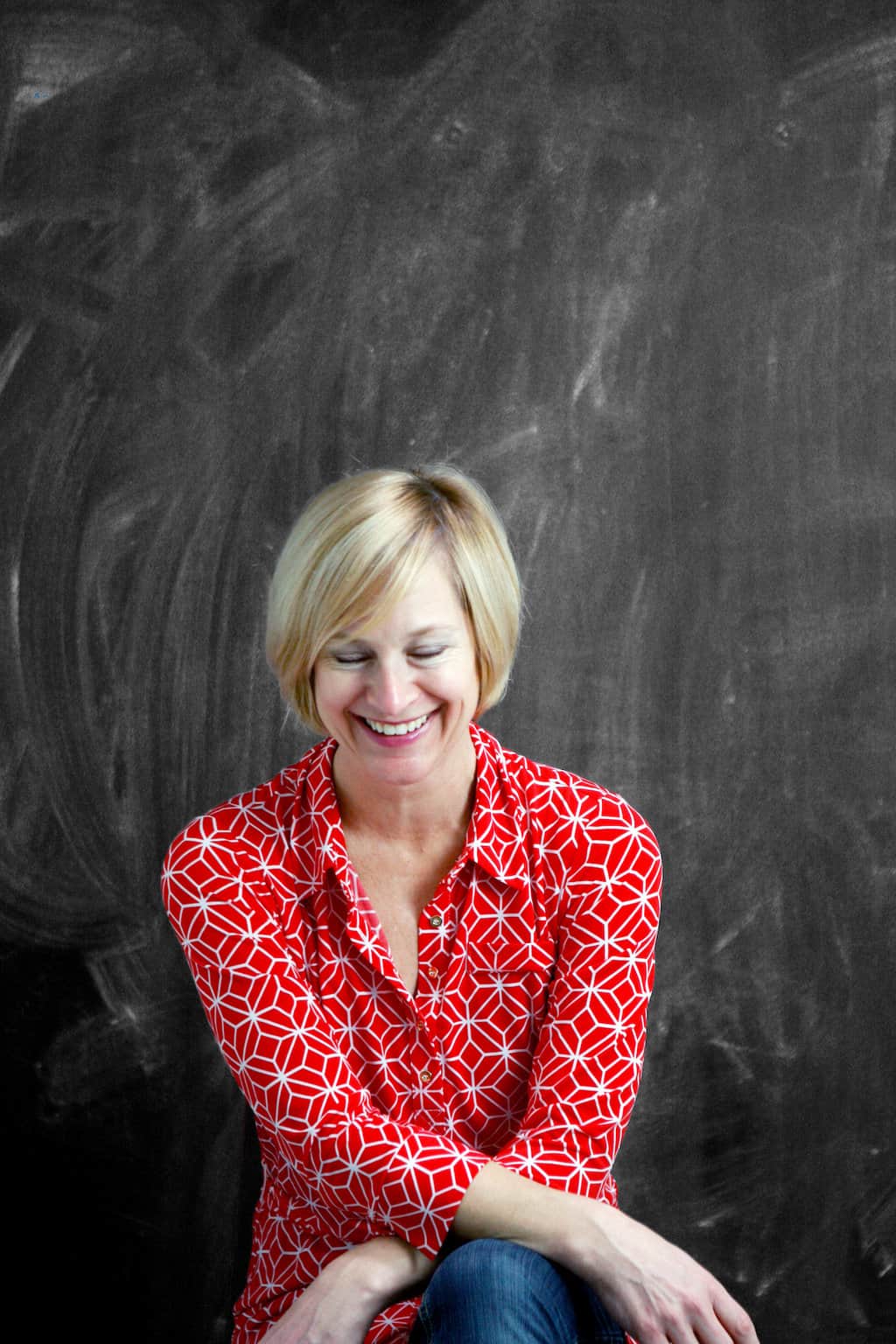